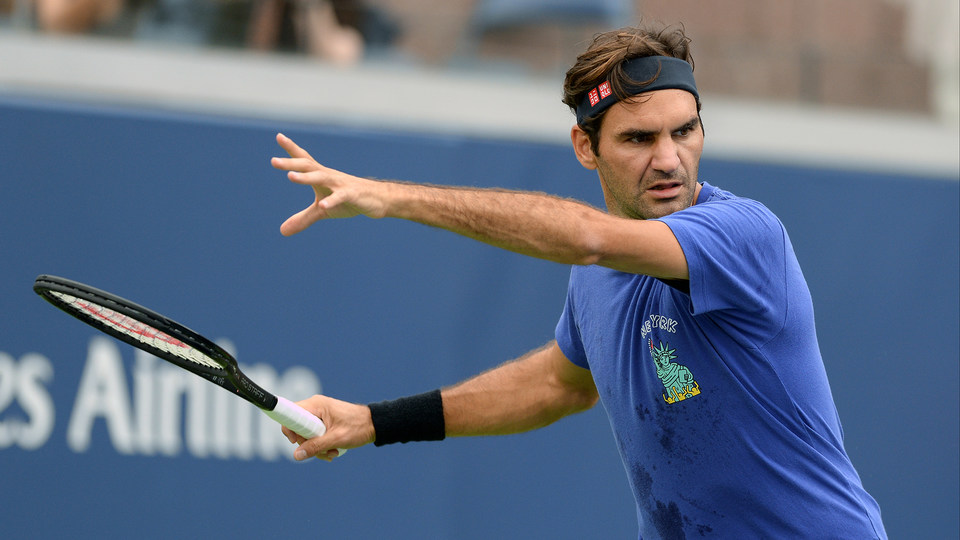 FIND THE RIGHT TENNIS GRIP FOR YOUR FOREHAND

This is the classic grip that your first teacher passed on to you. Many advanced players still use it, but most top pros have turned to the Semi-Western grip. To adopt the Eastern grip, simply place the palm of your hand on the side plane of your handle, parallel to your racket face.

The base knuckle of your index finger should be on this plane, producing a vertical racket face. With a normal swing plane, this is the most natural and physically secure grip. It is also the most versatile grip because you can easily tilt it for slice or keep the face vertical to brush the ball and produce topspin.

This is not a grip, however, that will give you maximum topspin or enable you to handle heavy topspin from your opponent. For that, you will need other options described below.

Place your palm on the lower right slant bevel, the plane that is 45 degrees clockwise from the plane of your strings. This will give your racket a downward tilt, so you will have to meet the ball slightly farther forward than you would with an Eastern grip. You will also need to swing upward more sharply with this grip, which will produce topspin more often. It is possible to hit a flat shot with this grip, but a shot with great topspin occurs more naturally. This grip is also a good one for handling high bounces that result from your opponent’s topspin shots. It is not a good grip for hitting slice or low balls. This is the preferred grip of many pros and has led to the changes in the game that feature tons of hard-hit topspin.

Place your palm on the bottom plane of your handle, a full 90 degrees clockwise from the strings. Now, your racquet face tilts severely downward, thus you must meet the ball even farther forward than with a Semi-Western grip.

Consequently, the most natural swing plane is upward and very fast. This  generates tremendous topspin (think Rafael Nadal). This grip handles high balls quite well but has a tough time with low shots and make it particular tough to flatten out the tennis ball at contact. It is possible, but difficult, to hit flat with this grip, and slice, well, that is well nigh impossible with the Western grip. Once you hold the rackuet with this grip, you’ll see why.

This grip can be otherwise known as the hammer grip or the handshake grip. Place your palm on the upper right slant bevel, 45 degrees counterclockwise from the Eastern grip. Now, your racket face tilts upward, naturally lending toward slice. You can hit flat with this grip, but your shot will be weaker than with the Eastern grip.

We can regard this grip as a grip in the past as many as this particular grip has declined in popularity. This is because crushing the ball with maximum topspin has gained admirers and become standard operating procedure on the pro tour. And the crushing of the ball does not come from a continental grip because if you swing just a little too hard, the ball we sail out. This is due to the lack of topspin.

The great Stan Smith used a grip halfway between Eastern and Continental like most of his late ‘60s peers. Films of those matches are fascinating to watch as the variety of shots are hit and many flat and slice strokes are used. Watch where Stan and others in the ‘60s met the ball, too. You will see that he made contact most of the time at waist level or lower.

Now, watch a modern player smack the ball. If you look closely, you will see that many of them have to hit the ball at chest level, due to the enormous topspin that has been generated by their opponents. That necessitates at least a Semi-Western grip.

In addition, as mentioned before, many more tournaments were held on grass in Smith’s era. This allowed for more low balls skidding towards him.  He therefore would want to use slice more often to accentuate that low bounce for his unlucky opponent. Such knee-bending retrieval of low bounces naturally leads to a grip closer to Continental than Western. By the way, this is why many players who do well on grass don’t fare so well on clay or even hard courts. It’s not simply a matter of style, it’s a matter of grip and strategy as well.

Here is me doing a drill that I like to do when I want to work on my forehand. This rapid forehand drill improves my overall footwork and preparation, my racket head speed and my stamina.

Check out more tips that we send inside our monthly tennis box at Court Crate.